Welcome to the bakers arms hotel 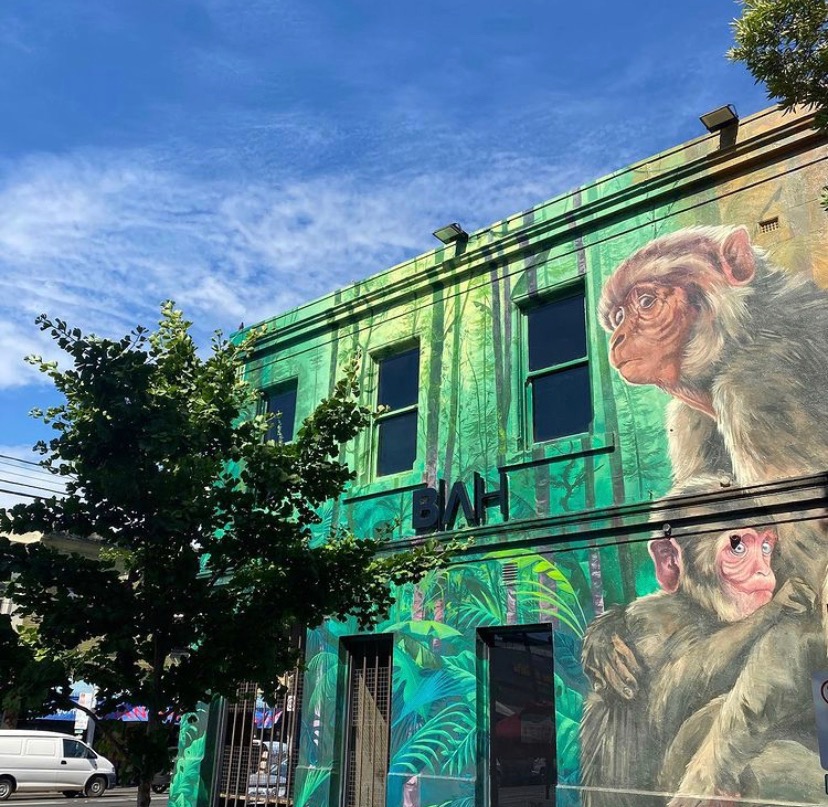 The Bakers Arms Hotel was established in 1876 as a Bakery, which is where the heritage of our name stems from. The hotel maintains its original facade albeit with some pretty exceptional artwork. Only minor changes have been made & internally it has a very modern and industrial theme.
The current owners of the hotel took over in 2002. They did their first renovation in 2006, creating a great local, with a classic pub feel and look.
Now in 2015, they have just completed another renovation. The pub is unlike anything you have seen before. It’s warm, raw, earthy tones really make you feel right at home. Stripped bare to its original brickwork, it is hard to believe you are sitting in between walls over 100 years old! (If those walls could talk!)
Bakers Arms offers up to date TAB, Bottle shop licensed until 1am (Yes- you read that right- 1am!)
All Sports Live and in HD, plenty of space to have a drink with friends, be it indoor or outdoor, and of course, our private function room.
Be sure to come down and check out a hotel unlike any other!
FUNCTIONS
SPORTS BAR

THE STORY BEHIND OUR FACADE ART WORK

Juan Camilo Delgado, a Colombian artist known as Refuz, is currently living in Melbourne – Australia a multicultural and artistic place that has become a perfect canvas for the realisation of his artistic pieces.

His work and his development as an artist are based on the commitment to communicate in a positive and creative way relevant situations of a society, taking art as a tool to generate awareness.

As part of South America, he recognises the social and environmental problems with which it battles daily; one of the most serious complications that is facing at the moment is because of deforestation and global warming which is seriously affecting the Amazon, and that is why the idea of creating the mural “THE LAST BREATH OF THE AMAZON”,

The Amazon is the largest tropical forest in the world, represents 40% of the rainforest and is one of the most biodiverse ecological regions, declared as one of the 7 natural wonders of the world, it is also known as the lungs of the planet since It contains a large percentage of oxygen in the world and is sadly suffering the greatest loss of vegetation and animals in years.

This is an important message to communicate since many people are unaware of what is happening and although we are far away, on the other side of the world something is happening that affects us all, because the Amazon is incredibly important for our future, for our ability to avoid The worst of climate change, and that is a message not only because of the Amazon, but also for the unprecedented destruction of our ecosystem throughout the planet, we are destroying the world we live in, the place that gives us everything that is why the importance is not only for us but also because it is the place where thousands of species live that suffer the damages that we could avoid.

The wall is a symbolic piece of a message of nonconformity and protest that wants to be sent to the world, it shows not only a truth also a hope, for what South America means, for the treasure that is the Amazon and for the reality that is affecting globally.

The big monkey in the centre of the wall shows the helplessness of a mother to see how everything is destroyed and she continues hugging and protecting what she most loves her son, It is an analogy of how we as human beings are hurting our world for future generations.

The dark part of the right symbolises the part of land intervened by man, since to a large extent fires and this damage in general is initiated by humans, on the other hand, the orange part of the medium reflects our present, the damage that still We continue causing to the Amazon because of excess consumption, deforestation and global warming.

And although everything initially seems destruction there is still a hope which is reflected in the green part of the wall, because the planet still with ruin resists and tries to rebuild, still lives and opens the door to us to give it more value. Simply put, this mural makes an invitation to empathise with our world and all the species that are being affected, the planet is everyone’s home and change starts with us.